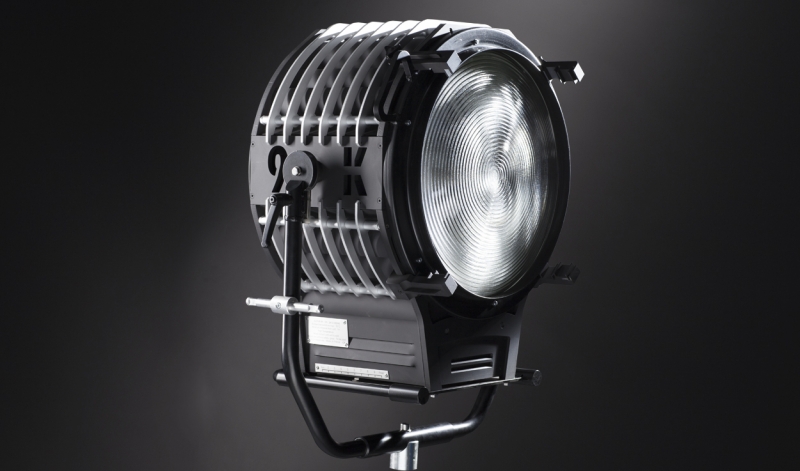 Posted at 14:21h in Equipment by pr0light

The K5600 Alpha 9K Kit is a new addition to the range of Alphas from K5600 Lighting and can be used as an open faced light or as a fresnel.

The high ISO provided by the sensors of today’s HD cameras has definitely changed the lighting lists. Even though 18Ks will always be useful when it comes to counter balance the sun shadow, the “big” lights are scaling down.

K5600 Lighting chose a 450mm Fresnel lens for its optical features allowing a 10° to 60° clean controllable beam. As the rest of the Alpha family, the lens is removable to create an 80° (half angle) even beam for hard shadows and perfect for Chroma key. Using the same Quartz reflector as the Alpha 18, Alpha 4 and 1600, the Alpha 9K can be used pointing straight down.

The Ballast : obviously it makes a difference in the size of the head but moreover on the ballast. The compact 9Kw ballast weighs only 24,8 Kg and can be easily moved around. Not only this ballast can fire up your 2,5 K, 4K, 6K and 9K, it also runs at 100 Hz, 300 Hz and even a 1000 Hz. Above 4Kw, the frequency of the ballast has to be tuned as the flicker would settle for a while and can vary quickly. While the competition is requesting a fine tuning from the crew as they watch the oscilloscope, this unit has an Auto scan function which corrects automatically the frequency to ensure stable shoot at any speed.